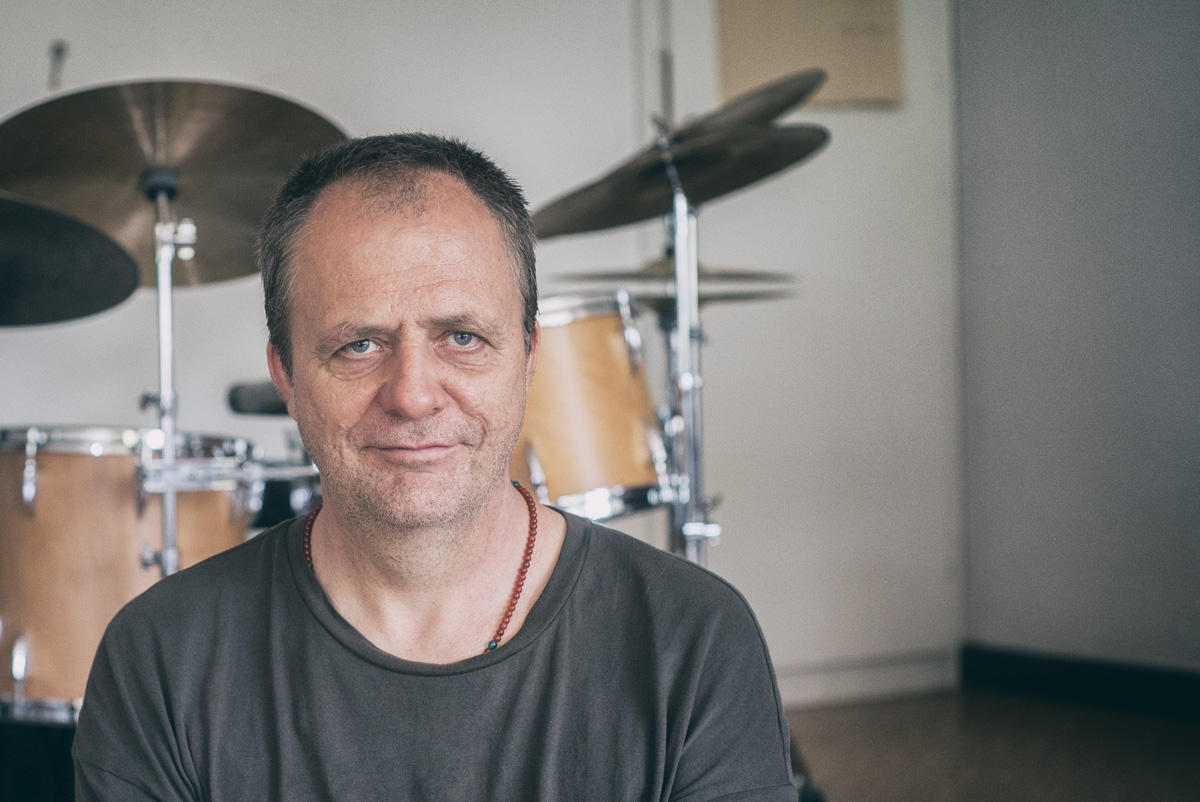 A Paradise of Sound and Groove

Sometimes two drumsticks are enough to seal a person's fate. "My father was an amateur drummer but hadn't played for half an eternity,” says Norbert Pfammatter. “One day, I got hold of the drumsticks he'd put away." Today, Pfammatter counts among the truly distinct personalities in the world of jazz drum luminaries.

When Pfammatter talks about his fascination for jazz, which he discovered on TV thanks to broadcasts from Montreux, he uses keywords like "interplay", "freedom", "sound", "moment" and "composition". These keywords help distil a rather precise description of Pfammatter's play, which is characterised as much by its dynamism as by its attention to detail: with his keen awareness of sound and an extraordinary love of freedom, Pfammatter composes the moment, while never neglecting the interaction with his co-players. In other words, this is a drummer who's able to put his own stamp on each band he plays with, without crushing its members.

A wide range of different masters of percussive expression have had a formative influence on Pfammatter. At the first jazz concert he attended (Cedar Walton Quartet), Billy Higgins played the drums. Pfammatter remembers, "I understood nothing and yet I was profoundly moved." He describes his studies with Billy Brooks at the Swiss Jazz School in Berne as a stroke of luck. The Afro-American drummer was not a conventional teacher: he was a mix between a groove genius, a shaman and a natural phenomenon. The fact that there's no blatant lack of good jazz drummers in Switzerland is due to a large extent to his influence (and it goes without saying that in many respects Brooks also had a profound impact on Pfammatter's work as a teacher). Another defining influence on Pfammatter was the solo concerts by Pierre Favre, which opened up a whole new world of sound to him.

So this is how Norbert Pfammatter has matured, over the years, to become a phenomenal polyrhythmist who cultivates a paradise of sounds in a groove shaker and always keeps his ears open to make new discoveries. Therefore, the list of colleagues who impress him not only contains the names of old masters (Max Roach, Elvin Jones, Paul Motian, Ed Blackwell and Jack DeJohnette, amongst others) but also those of younger drum exponents such as Nasheet Waits, Marcus Gilmore and Jorge Rossy. And in his own work, Pfammatter not only nurtures long-standing musical relationships (most significant of these to mention is his congenial cooperation with bassist Bänz Oester, for example, in the trio and quartet of saxophonist Donat Fisch), but he's also keen on exchanges with musicians from the new generation. He worked particularly intensively in the past few years on the concerts with the singer Elina Duni’s quartet, which has Colin Vallon on piano and Patrice Moret on bass and his collaboration with saxophonist Michael Jaeger's band, Kerouac, also deserves to be mentioned.